Mascara tubes are an important part of the makeup cosmetic mascara itself, as are the wand applicators that are used in the tubes. Because of mascara’s primary purpose and the formula that many are made with, it is crucial that mascara tubes and wands are made and designed in such a way to promote the best application. Mascara tubes come in all different types of shapes, sizes and colors. Mascara wands are a bit more uniform, but lately have been evolving and changing to help the application of the mascara. Because mascara is one of the most vital and noticeable cosmetic items, the way that it is stored and cased is of extreme importance.

Generic mascara tubes can be found in circular formations, and this is usually the most common shape that you will find for the tube. This allows the tube to be very easy to hold, as its ovular and slim enough to grasp with a couple of fingers. These specific mascara tubes come in all different colors. Most of the colors that are available in the generic mascara tubes are purely for selection and preference purposes. The outside of the tube doesn’t necessarily have anything to do or add to the formula of the mascara itself. Although for the tubes, and the wands that are shaped differently, this isn’t the case. Their design in more purposefully significant to both the formula of their mascara and the way that it should be applied and worn.

Different types of mascara are used for different effects. Some are used to lengthen lashes, some to thicken them, others to separate and make them pop. The wands that come with the mascara tubes play an integral role on whether or not the desired effect happens. Usually most wands that come with the tube, are the standard wands with the brittles that are a certain width apart and a certain diameter. Fancy and unique wands obviously give the mascara a different look because of how it is being administered to the lashes. These specific wands have brittles that are closer together or thicker than the standard wands. Some wands even have one side that is standard and one side that is specific and more unique.

Another interesting thing about mascara tubes is the options that have an opening on both sides of the tube. So there may be a thickening formula on one end, and then on the other end there is a lengthening one. These specific mascara tubes that have two different mascaras in one, tend to be a bit longer than standard tubes and they also come with two separate application wands for each side of the mascara. One of the really great things about mascara tubes, is that they are small enough and compact enough to fit in little purses and even pockets. It isn’t a cosmetic item that requires a lot of space so it’s generally really easy to carry around, and because there isn’t often a need for a bunch of it per application, it tends to last a long while as well. 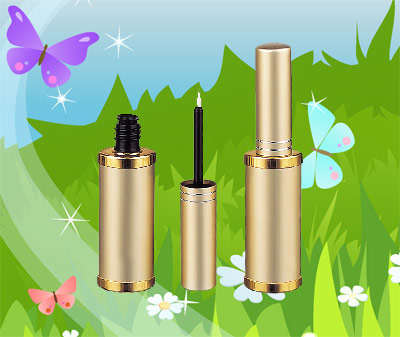